In the early 1930s the Richmond Library was established and housed in the Rockers-Sigler Insurance Agency office as a reading library. L. P. Jones in 1938 suggested to a group of people, the library be moved to a shelf in his newspaper office. This was accomplished and each person at the meeting donated one book. Mr. Jones served as the town librarian as well as editor of the, Richmond Enterprise. Mrs. Lon Mishler, Mrs. George Deitrich, Mrs. Alfred Sigler, and Mrs. Lee Perkins were the first board
Members. Mr. Jones published in his paper that the City of Richmond now had a legal library.

In 1940 the library had to be moved because Mr. Jones was closing the doors to the, Richmond Enterprise. At this time Clive Bastain offered the walls of his barbershop to the board members and also offered to serve as librarian. He not only read every book in the library but also would keep the Books in order by alphabet but also cataloged them. As people would come in for a haircut he would suggest certain books, as he knew everyone and their likes and dislikes. He served not only the local people but also surrounding communities as well as the high school and grade
school. This continued until his death, but still remained in the building he had owned through six Barbers who all became part time librarian

The library joined the Northeast Kansas Library System [NEKLS] in 1968. This has allowed us to use interlibrary loan, rotating videos, rotating large print books, and audio books.

In 1969 with assistance of the NEKLS the library moved into a newly renovated building Across from the barbershop. This feat was accomplished with children’s’ little red wagons and volunteer help. Members of the library board at this time were, Mrs. Martha Chambers, Mrs. J.R. Harnden, Mrs. Alfred Nilges, and Mrs. Charles Schafer. Mrs. Art Rossman. Mrs. Dale Gillouby and Mr. H Marvin Stevens. An open house for the new facility was held 6, June 1970.

In Sept. 1978 the Franklin County Commissioners agreed to give the library $2000 in revenue Sharing funds for the purchase of the building housing the Richmond Public Library today. In February 1988 the restroom was added to the library.

Through the years the purpose of the library has been to supply the citizens of Richmond and the surrounding area with reading materials for pleasure and information.

The need for space through the years, the growth of the city, and the need for special collections of books, as well as a computer and video shelves, caused the library to look into expansion. In 1999 the City Of Richmond purchased the old café building for a New City Hall and then gave the library a long-term lease on the kitchen area. This space almost doubled the library in size.
The undertaking of the new space for the library was quite a big deal. We had Roy Bird, then, assistant state librarian visit with the trustees and advise them about the project. Then N.E.K.L. provided the services of Hans Fischer, an architect to draw up plans for the project. Keith McMahon then took charge of the complete refurbishing of the area. The floor had to be cleaned, then the new carpet laid, in both rooms, walls was straightened, a new lowered ceiling was put in. Keith and his sons volunteered all this work. The walls were then painted by some of the then members of the Board of Trustees.

Many people in the community gave monetary gifts to provide materials for the expansion. Our former residents, Alumni of the Richmond High School, spread the word.

We continue to receive many gifts of books and movie’s from the community. These gifts are always welcome and appreciated.

As of January 2002 we own over 3,000 books, more than 200 videos and over 40 audio books and several magazines. In January we also the time we submitted an application for the Gates Grant to get a new computer for the library. In July of 2002 the library received a content server, computer and laser printer from the Gates Grant program.

In 2003 the library added DVDs to their collection.

In February 2004 the library added more shelving. The Friends of the Richmond Public Library also bought new carpet for the original half of the library. The library also now has a small refrigerator and microwave for librarians to use.

In June of 2004 the library purchased a new Dell computer

In August of 2004 the library received music CD’s from a nation wide lawsuit. All libraries were recipients of these CD’s. As a result the library now has a CD collection of over 30 music CD’s.

January 2005 the library purchased a second dell computer. We have put this on the adult side of the library.

July 2008 the library purchased a new paperback book rack to try and give the library more room. A couple new [or used] shelves were also added. The library was also given two metal book racks.

April of 2010 someone stole the older laptop computer from the library. It was never found. May of 2010 the library purchased a new Eeebox computer and NEKLS refurbished one of the older Dell computers for us. In 2010 the library added some more racks, one for DVD’s, one for VHS and the other went for books. We also added a magazine rack. All of these were free from other libraries. In June the library received some unexpected money for the State Library of Kansas and the board decided to use the money on some much needed upgrading at the library. In October – December 2010 the library upgraded the old fuse box with a new breaker box; we also changed the lighting in the older room of the library. The old big fluorescent lights were replaced with 6 new smaller shop type lights. A power pole for the computers was added so that all the computers could be put in one room side by side.

A computer station table was also built by Rick Weber and placed in the library in May of 2011. The new table will hold up to 6 computers. May 2011 we received some unexpected money from the Friends of Johnson County Library. This money will be used to help the library with supplies or much needed repairs. The library started some major weeding of books and other library materials in 2011. This weeding process is the first step in the library getting automated.

In 2011 the Friends of the Library received a grant to help buy new windows for the front of the library. In October 2011 the windows arrived and Tony Wittman and Rick Weber put them in. The board also decided to replace some of the old paneling while the windows were being put in, and since we are putting in new paneling by the windows it was also decided to put in a book drop slot. The inside slot was done in 2011 and hopefully in the spring of 2012 the outside of the book drop will be done and functioning. Donna Thompson painted the wood on the outside of the library for us.

In February 2012 the Richmond Public Library was one of the first in our area to have an eReader workshop. The workshop came about because the price of eReaders is coming down and more patrons are getting them and needed help using them.

The End of March and beginning of April 2012 Rick Weber and Ken Manwarren volunteered the time to update our bathroom. We put in new linoleum, redid the walls and fixed some old water lines. Some of the materials needed for the bathroom were donated by Donna Thompson, Rick Weber and Barbara Lane.
In April 2012 the library went “Live” and became part of the library automation system know as NExpress. This library now has barcodes on all their items and patrons received new scanable cards to use when checking items out of the library. At the end of 2012 the library had catalogued 4,088 books, 50 audio books, and 581 movies.

June 2013 Rick Weber and Jacob Akes put a roof area over the back doors of the library. The library had been having trouble with the back room [where the furnace is] flooding when it rained. The men worked for two days and night and we now have a nice little area with a roof over it. Rick and Jake donated most of the supplies and all of the labor; the Richmond Museum donated the tin for the roof.

August 2013 the library had Dale Katzberg put an outside light in the back of the library. Dale is an electrician who lives in Richmond and has done various jobs for the city, the fair board and the library.

September 2013 the library replaced [with some help from NEKLS] one of the old Dell computers with a new Asus all-in-one computer.

November 9, 2013 was the official date for the 75th Anniversary “Open House”. We celebrated with cake and balloons and some prize give-a-ways. Any past librarian that could be located was sent and invitation to the open house. Each librarian [past and present] who attended the open house was given and anniversary coffee mug.

In April of 2014 Rick Weber fixed the library front sidewalk. The front walk was crumbling pretty badly and some of the cracks were getting big. Rick took out all the old concrete from the cracks and filled them with new. We hope this will last a few years.

In April 2014 the library also replaced two more computers. Computers need to be replaced about every three years [if possible]. The library had computers that were over 10 years old and in need of being replaced. With the help of some grants they were able to replace the two oldest ones. The new computers are Dells with a windows 7 operating system.

June 2014 the Friends of the Library bought “Library” highways signs. The library board is working with City Hall on getting put up.

March 2015 board member Ken Manwarren donated the money to buy two new computers in memory of his father Keith Otto Manwarren to the library. The computers are Lenovo all-in-ones with touch screen and have a windows 8 operating system.

June 2016 we finally got the library signs put up on the highway. Board member Ken Manwarren did a wonderful job putting them up for us.

July 2016 the library received $2,000.00 grant form Wal-Mart Distribution Center and $500.00 from The Ottawa Wal-Mart store, and a generous donation in honor of Nadine Peine. The plan is to replace the floor covering in the east room of the library and to finish paneling the walls in the east room. 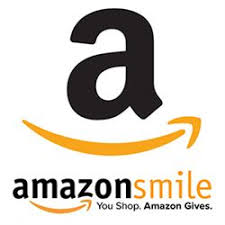